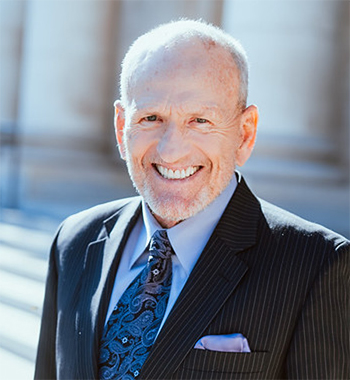 Bob graduated with honors from Brown University in 1966 with a Bachelor of Arts degree in International Relations and received his law degree in 1970 from Harvard Law School.

Bob has been referred to as “the father of construction defect law in Nevada,” having played the lead role in the creation of Nevada’s first construction defect statute, Chapter 40 in 1995. NRS Chapter 40 gives Nevada homeowners and community associations the right to receive full compensation for faulty construction. He has worked exclusively as an unpaid lobbyist for Nevada community associations and homeowners in the Nevada State Legislature in every session since 1995.

Bob is frequently asked to lecture on legal issues facing community associations and homeowners, and has appeared on all major Nevada television networks in connection with his work to protect the people of Nevada from construction defects. He has been awarded an AV rating by Martindale-Hubbell, the highest rating given to any individual attorney in the United States. Bob is widely recognized by other attorneys and judges as a leading authority on Nevada community association and construction defect laws.

In 2004, Bob was honored as a Friend of Nevada’s Working Families by the AFL-CIO, for his longtime commitment to Nevada’s working families.