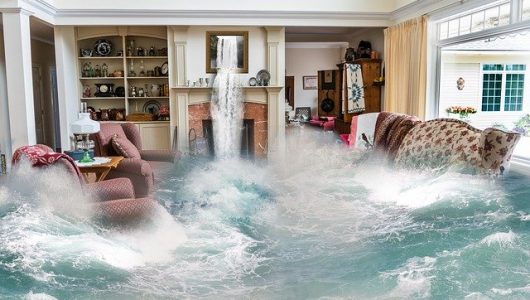 MINDEN, Nev. — More than 30 homeowners in the Johnson Lane area have filed a lawsuit against Douglas County, claiming the County caused harm to their properties when debris and water from the flooding of the 2014 and 2015 rushed through the area.

The complaint was filed earlier this month in the Ninth Judicial District Court in Douglas County.

The homeowners are seeking damages in excess of $10,000 each, special and consequential damages in an amount to be proven at trial, pre-judgement and post-judgement interest on all sums awarded and legal costs associated with the suit, as well as “any such other relief as the court deems just and proper.”

Douglas County District Attorney Mark Jackson said the case has been referred to the Nevada Public Agency Insurance Pool. It has subsequently been assigned to Charles Burcham, a partner of the Reno law firm Thorndal, Armstrong, Delk, Balkenbush & Eisinger.

A message to Burcham inquiring about the suit was not immediately returned.

The homeowner plaintiffs’ contention is that the County altered the natural drainage in a manner that directs mud, water and debris onto the properties of the Johnson Lane area homeowners and further and that the County has failed to reasonably maintain drainage easements in the area.

According to a statement released by the plaintiffs’ attorneys, the flooding of July 2014 and July 2015 left the properties in disarray.

“The homeowners fear that the County has created a ticking time bomb and that events like those that occurred in July 2014 and 2015 will be repeated over and over again,” reads the statement from Ardea Canepa of Maddox, Segerblom & Canepa, LLP. “With July of this year quickly approaching, the homeowners are fearful.”

One homeowner plaintiff in the lawsuit, Judy Marsh, said in the statement, “Since July 2015, we have worked in our yard nearly every day, clearing the mud and debris, preparing for the next flood. A county official said that water runs downhill and you are on your own, there was nothing he could do about the floodwaters.”

Tom Halton, another homeowner plaintiff in the suit, said the events of the past two summers left the homeowners with no other choice than to file the suit.

“We felt with the lack of action on the County’s part, seeking legal help was our only course of action,” Halton said in the statement. “I can’t describe the feeling of watching your home getting devastated by flooding that is total man-made by actions of the County.”

“In our free society, individual property rights are something our founders recognized as fundamental,” Canepa said in the statement. “Johnson Lane area homeowners have the right to the free use and enjoyment of their properties; properties of which, for many of the homeowners, are their biggest financial investment in life.

“Douglas County has deliberately interfered with those property rights. The homeowners have tried to work with the County but problems have only gotten worse. Many of the homeowners are afraid to leave their homes any time that there is even a chance of rain because they fear they will return home to destruction. We are hopeful that Douglas County will take responsibility for its actions and do the right thing.”

Canepa added that the homeowners hope the County will take a proactive position to work with the constituents in the Johnson Lane area to develop an engineered drainage plan that will restore the homeowners’ rights to enjoy the free use of their properties.

The suit claims the County knew, or should have known, that the natural drainage from the slopes above Johnson Lane had been altered including, as a result, a subdivison built above the plaintiffs’ properties and that the altered drainage posed a risk to the plaintiffs’ homes. The roads, drainage ditches and culverts surrounding the properties, the suit claims, had been installed or maintained without engineering to take into account water flow from the slopes above Johnson Lane.

“Because of the risks created by Douglas County, water flow was directed toward plaintiffs’ properties through streets and overflowing drainage ditches and culverts (in July 2014),” the suit states.

At the heart of the complaint are the repairs made after the 2014 flooding and the events leading up to the 2015 flooding.

The suit claims more than 100 properties in the area were affected by the flooding in 2014, with flood waters covering more than 200 acres.

In 2015, more than 200 properties in the area, including the plaintiffs’ properties, were affected and damaged in July 2015, with water covering more than 300 acres.

“After the 2014 flooding event(s), Douglas knew, or should have known that if the drainage problems were not addressed, water would be caused to trespass upon plaintiffs’ properties and cause damage to the properties again,” the suit states.

It goes on to state the plaintiffs’ properties were severely damaged by the July 2015 flooding, causing significant inundation of water, mud and debris as a direct result of the conduct of the County – including failing to account and correct the fact that the natural water flow had been eliminated.

The suit alleges that actions by the County to cut ditches directed water flow toward such properties, along with an alleged failure to clean out culverts and/or maintain easements owned by the County.

It goes on to read: “In the week leading up to the July 2015 event, Douglas County knew, or should have known, there were numerous weather reports predicting heavy rain and/or microbursts,” the suit states. “Upon information and belief, Douglas County had prior notice of the impending 2015 weather events, notice of the inadequate drainage and failed to warn property owners and residents of the same and further, failed to take necessary steps to prevent Plaintiffs’ properties from being forced to receive even more and flooding and damage.”

Construction Defect (NRS40) lawsuit. Eva Segerblom, Sandra and Darcy are Top Notch when it comes to investigation, expert witness, understanding of issues of construction defect and how to pursue a remedy. Possibly the Pre-eminent Law Firm in this highly technical area. I personally worked with them on 2 Construction Defect law Suits and the prevailed on both resulting in the Community and Homeowners receiving money to rememdy problems within this community. Because of their success and my belief in their professional abilities, I recommended them to another Community experiencing similar NRS40 issues………..again, they were successful. I highly recommend them.